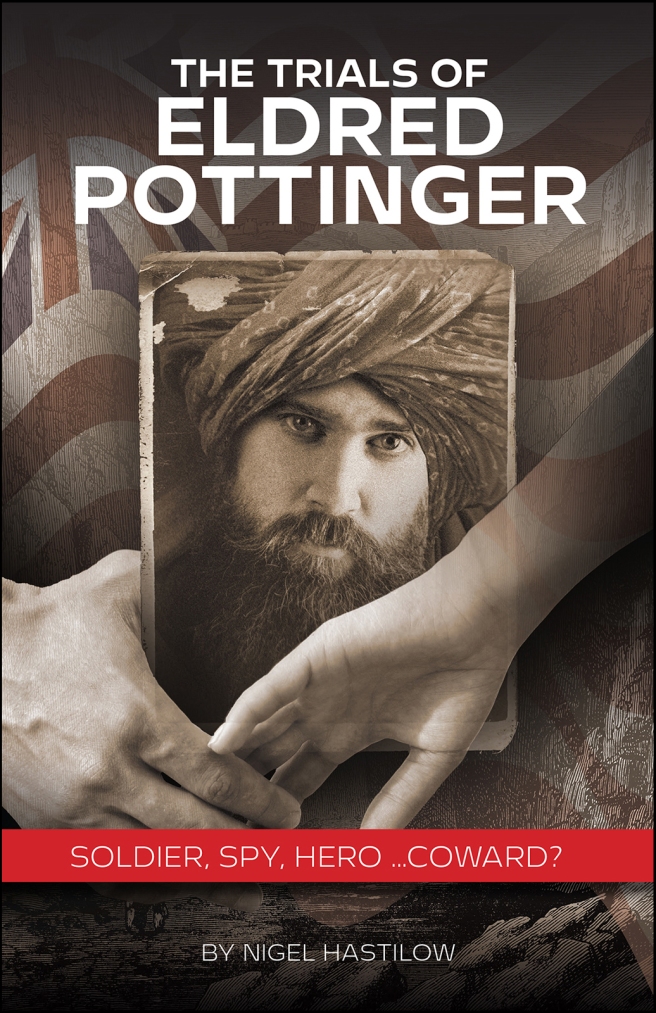 ‘The Trials of Eldred Pottinger’ is an extraordinary true story of the first hero of Queen Victoria’s long reign.

Eldred Pottinger defends Afghanistan from invasion by the Russians only to discover the country is to be invaded by the British instead.

The ‘Hero of Herat’ witnesses regime change in Kabul, as the British oust the King, Dost Mohammed Khan, and replace him with their own puppet, Shah Soojah.

Winter 1842, 32 degrees of frost. An army of 4,500 soldiers and 12,000 camp followers begins its long march back to India. Over the next few days, thousands die at the hands of the Afghans.

Others, including Pottinger and Eleanor Eden, the woman he loves, are held hostage and live in constant fear for their lives .

When their ordeal is over, Eldred Pottinger, far from being hailed a hero, faces court martial, accused of cowardice and misuse of public money.

This novel, based on a true story, is published by halesowenpress.co.uk and is now available in paperback at all good bookshops (for instance, Waterstones) and for Kindle at Amazon.